The UBOCP River Wardens programme held an “Introduction to Aquatic Plants Workshop” for 12 river wardens at Priory Country Park in Bedford. A nice warm sunny September day we met outside the café at 10am for a quick run through of the event and the necessary health and safety brief, it was Friday the 13th after all! 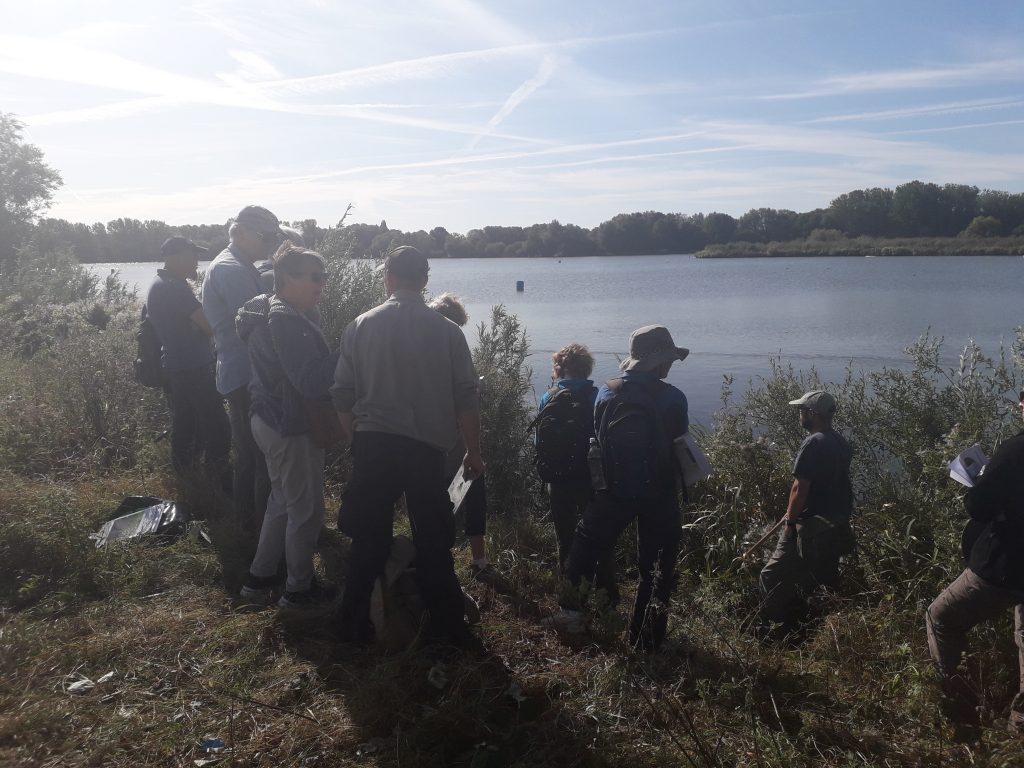 We started off along the edge of the main lake identifying all the plants that people generally refer to collectively as ‘reeds’ or ‘reedy look-alikes’. We initially found reed sweet grass, yellow iris and reed mace. Moving further along the lake’s edge, we found a number of common water plants that are distinctive, such as purple loosestrife, soft rush, spiked water milfoil, gypsywort, greater willowherb, and water mint. 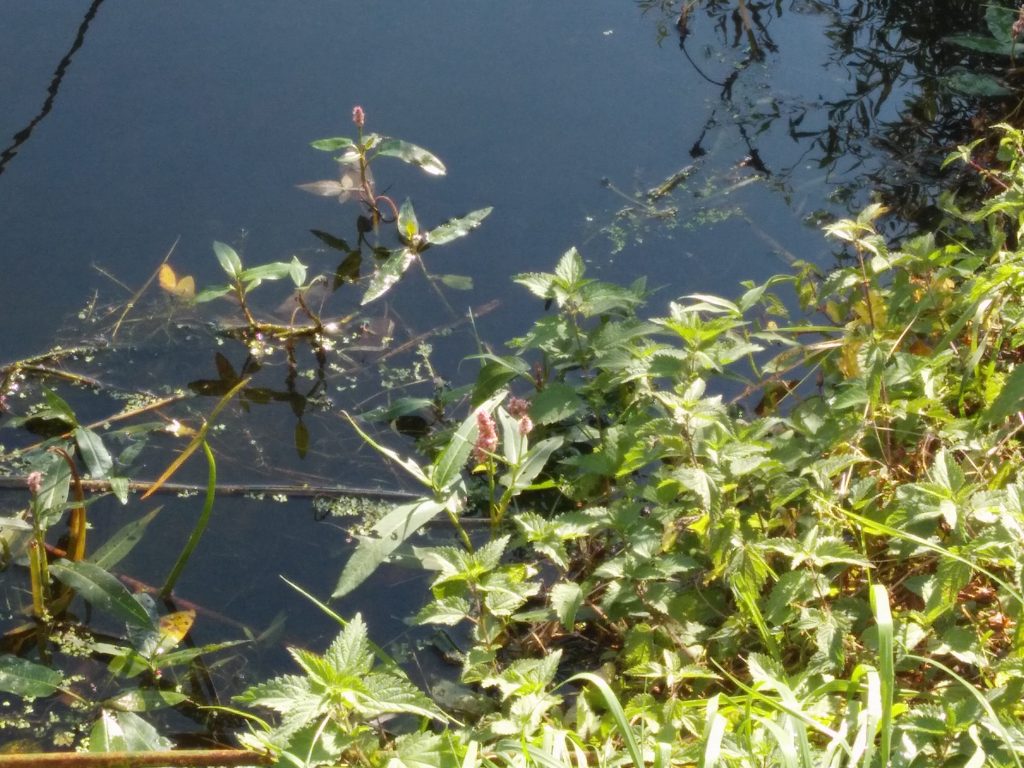 After, we moved to the river’s edge to see the difference in species present in a flowing habitat. Waders donned, I hopped in at the first point amongst a large patch of arrowhead and highlighted some of the other species present, like club rush, hedge woundwort, unbranched bur-reed, water bistort, and a species of duckweed from the Spirodela family.

Finally, we spent the last bit of the workshop along the edge of the 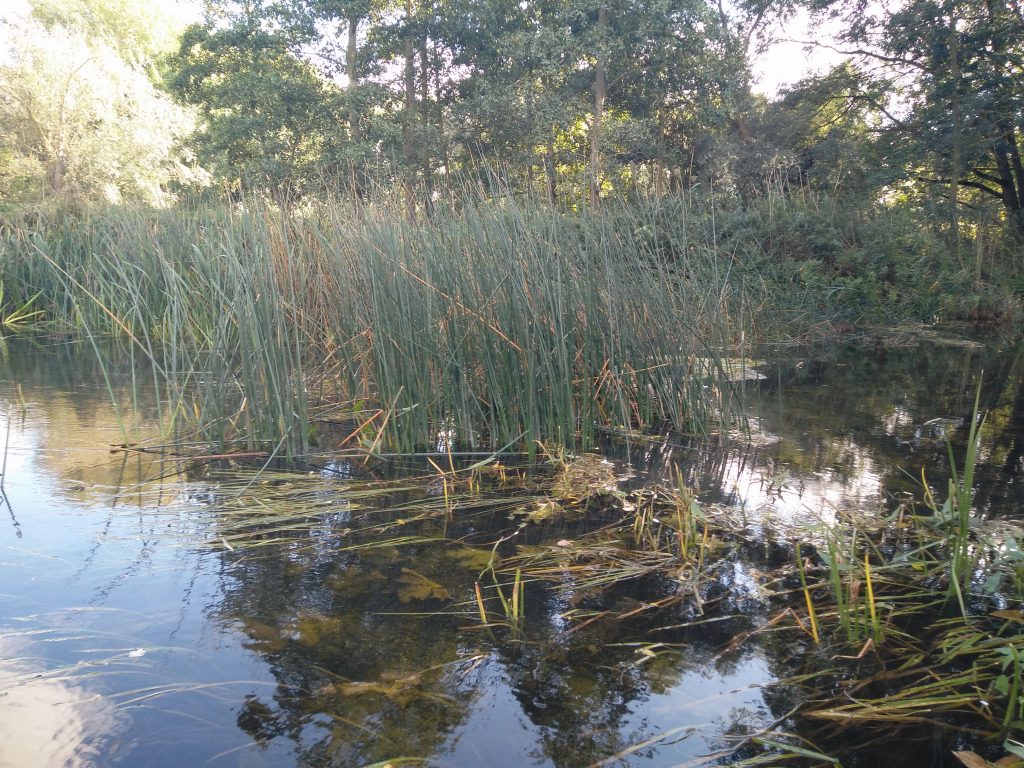 Finger Lakes where we could get up close with many of the species mentioned above. We were also able to see the differences between the aforementioned species and a few others we had not seen until now, such as: branched bur-reed, pond sedge, nuttals waterweed, candian waterweed, yellow lily, common reed, skullcap, water soldier and himalayan balsam. Being able to see some of the structure differences up close was useful to be able to tell the plants at a distance. 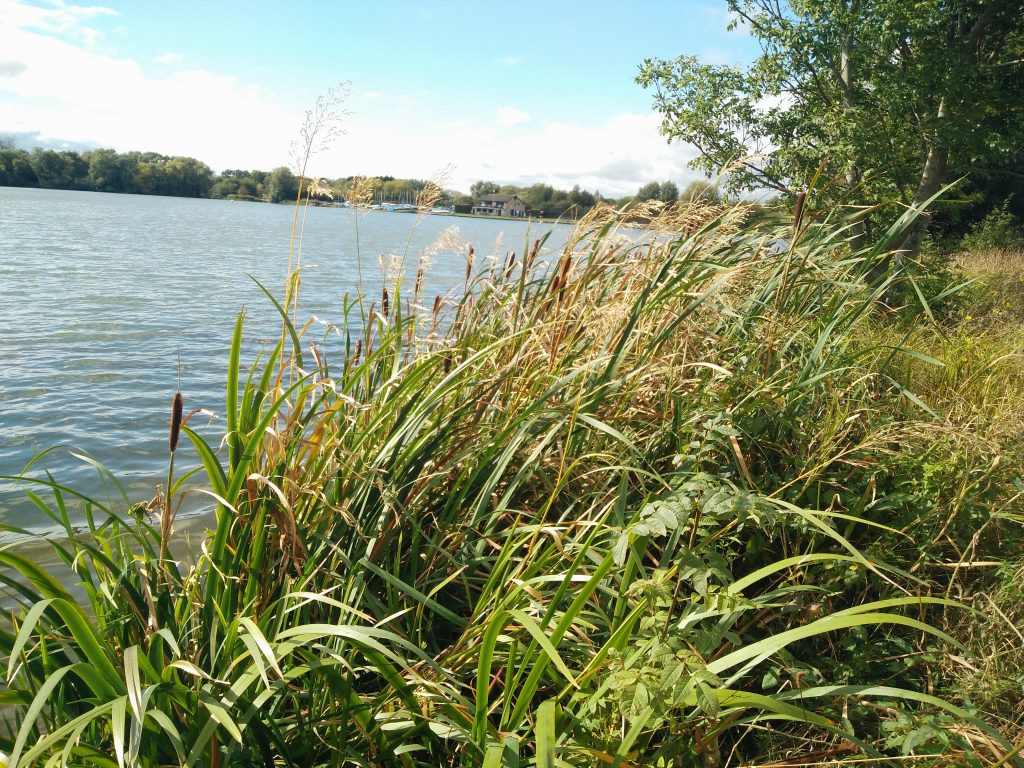 At the end of workshop the wardens had a good grasp of some of the commoner water plants, particularly the reedy look-alikes, and were keen to test their new knowledge on their sections. Hopefully the workshop also gave the river wardens that attended a better understanding of their local watercourse.

We will look at holding another Aquatic Plants Workshop in early summer 2020. Thank you to all those that attended and supported the event! 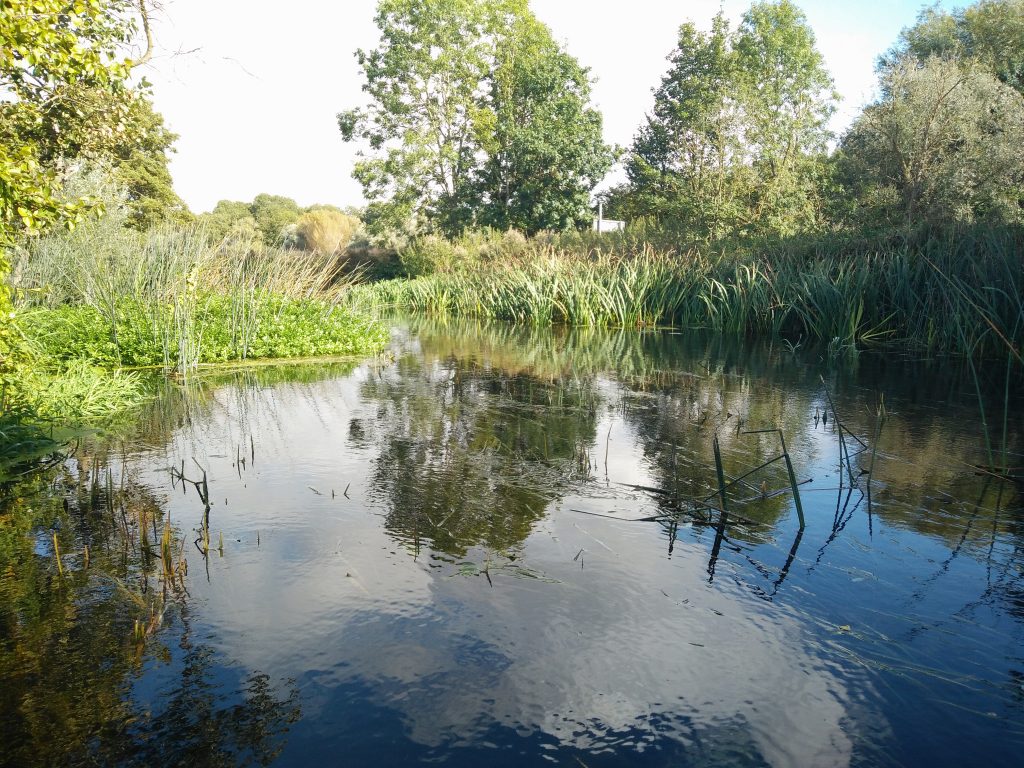